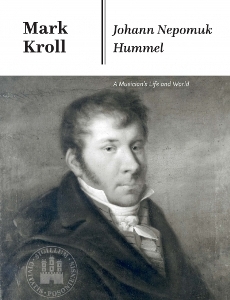 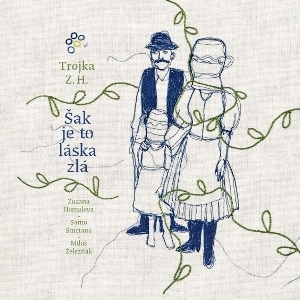 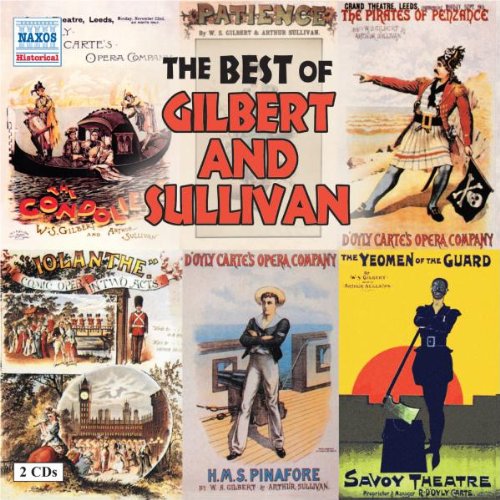 Act I: We sail the ocean blue (Chorus)

Act I: My gallant crew, good morning - I am the captain of the Pinafore (Captain, Chorus)

Act I: When I was a lad (Sir Joseph, Chorus)

Act I: I cannot tell what this love may be (Patience, Maidens)

Act I: When I first put this uniform on (Colonel, Dragoons)

Act I: Am I alone? If you're anxious for to shine (Bunthorne)

Act II: So go to him and say to him (Bunthorne, Jane)

Act I: I know a youth who loves a little maid (Robin, Rose)

Act I: When the buds are blossoming (Rose, Hannah, Ensemble, Chorus)

Princess Ida, Act I: If you give me your attention (King Gama, Chorus)
Arthur Sullivan: The Gondoliers

Act I: When a merry maiden marries (Tessa, Chorus)

Act II: Love, unrequited, robs me of my rest - When you're lying awake (Lord Chancellor)

Trial by Jury: When I, good friends (Judge)
Arthur Sullivan: The Pirates of Penzance

Act I: Oh, is there not one maiden breast (Frederic, Mabel, Ladies)

Act II: Ah! Leave me not to pine (Mabel, Frederic)

Act II: When a felon's not engaged (Sergeant, Police)

Act I: A Wand'ring Minstrel I (Nanki-Poo, Chorus)

Act I: As some day it may happen (Ko-Ko, Chorus)